In March 2011, a large group of environmental and social scientists, natural-resource
managers and nongovernmental-organization staff from Papua New Guinea and other nations
met at James Cook University in Cairns, Queensland, Australia to discuss the future
management and conservation of Papua New Guinea’s native forests. We reached a strong
consensus on the need to halt the granting of Special Agricultural and Business Leases
(SABLs).
Papua New Guinea (PNG) is among the most biologically and culturally diverse nations on
Earth. PNG’s remarkable diversity of cultural groups rely intimately on their traditional
lands and forests in order to meet their needs for farming plots, forest goods, wild game,
traditional and religious sites, and many other goods and services. Nearly all of PNG’s land
area is presently occupied or claimed by one or more of its traditional indigenous
communities.
Papua New Guinea traditionally has had strong indigenous land ownership, which is
enshrined in its national constitution. Over the past two decades, the country has experienced
a dramatic increase in industrial logging, mining, natural-gas projects and other large-scale
developments, and the formal permission of a majority of traditional local land-owners is
required for such projects to proceed. 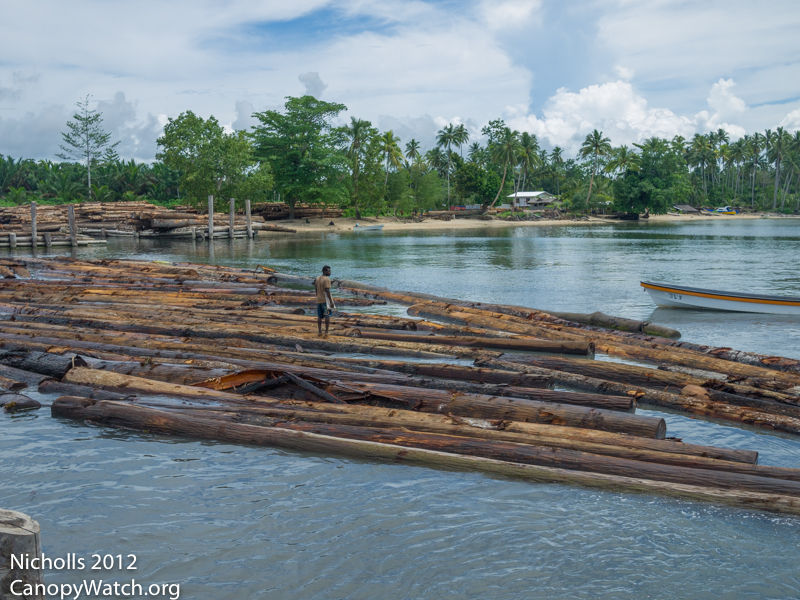 Unfortunately, abuses of trust with local communities have occurred far too often, especially
with respect to the SABLs. SABLs greatly diminish the rights of traditional owners for long
periods of time while promoting industrial-scale logging, deforestation for oil palm
plantations, or other extractive uses. Most of these industrial uses are dominated by foreign
or multinational corporations.
In 2010 alone, 2.6 million hectares of SABLs were granted, all for protracted 99-year terms,
bringing the area of land alienated from customary owners in PNG to over 5 million hectares.
These Leases frequently appear to have been made without the prior knowledge and informed
consent of the majority of customary owners, alienating for several generations the lands on
which they depend and have long relied.
It is our understanding that government authorizations to clear native forests, known as Forest
Clearing Authorities, have been issued for approximately 2 million hectares of forest in
existing SABLs, much of which is of outstanding biological and cultural significance. We
believe that these Authorities will promote the exploitation of native forest resources by
foreign interests without requiring them to comply with existing forestry regulations in PNG.
In this sense, SABLs are a clear effort to circumvent prevailing efforts to reform the forestry
industry in PNG, which has long been plagued by allegations of mismanagement and
corruption. They also are clearly designed to promote industrial developments on an
unprecedented scale within PNG while diminishing the rights of traditional land-owners.

For these reasons, we urge the Government of Papua New Guinea to (1) declare and enforce
an immediate moratorium on the creation of new SABLS, (2) halt the issuing of new Forest
Clearing Authorities, and (3) declare a temporary moratorium on the implementation of
existing Forest Clearing Authorities. These steps should commence immediately while a
thorough, transparent and independent review of the legality and constitutionality of these
Leases and Authorities is undertaken.
Raising the living standards of the people of Papua New Guinea is an urgent goal that will
require the sustainable exploitation of the country’s natural resources and the development of
viable domestic industries. However, development needs to be undertaken in sympathy with
the customary landownership embodied in the PNG Constitution. It must also operate in
concert with ongoing efforts to limit rampant and often predatory industrial exploitation of
the country’s forests, lands and other natural resources, which far too often fail to yield fair or
equitable benefits for the majority of PNG citizens. This is the interest not only of the
majority of PNG nationals, but also of those businesspeople who are presently operating
responsibly in PNG.

We agree with the need for sustainable economic development, and to achieve this a
comprehensive land-use plan, based on participatory land-use agreements, is clearly needed.
Only then can the sustainable economic, social and environmental benefits of Papua New
Guinea’s enormous natural wealth be secured for its people.