The German name of the island has been supplanted in New Guinea by the native name Lavongai. It lies east and west, with a length of 32 miles and breadth of 20 miles. The south and S W sides are exposed, but from the western extremity north about to the SE corner a chain of islands and reefs girdle the coast to finish at Byron Strait separating New Hanover from New Ireland. The waters between these islands and the mainland are navigable many large vessels.

The Tirpitz Range drains on the southern side by many swift but small rivers or streams. On the northern side there are fewer rivers, but, owing to the more gradual descent, they are wider and longer, and wind considerably through the alluvial plains. The four larger—Naisong (Kulimeua), Matanalaua, Min and Mosse—are about 12 miles long. They have a sand bar across their mouth, but the Mosse and Naisong are navigable by launches drawing 3-5 feet for 3 miles at high water, and the other rivers are used by canoes for several miles.

The raised part of the island is covered in thick tropical rain forest. The coastline is fringed with mangrove throughout. In the southern sector, the mangrove fringe is narrow and there are sago swamps between the spurs inland for about a mile. In the north-western sector, the mangrove belt is deep, and sago swamps are encountered up to 6 miles from the coast. The northern side has a low belt of land, lightly fringed with mangrove, backed by low ground for 2-3 miles inland on which are many patches of sago-covered country. On the east coast, the mangrove forms a thick belt in the much-indented coast. Patches of grassland are found here and along the south coast as far as Meteinge Bay. Coconuts are scattered along the coast in plantations and near villages. The barrier islands are wooded, with, in some cases, a mangrove fringe. Some are extensively planted with coconuts. 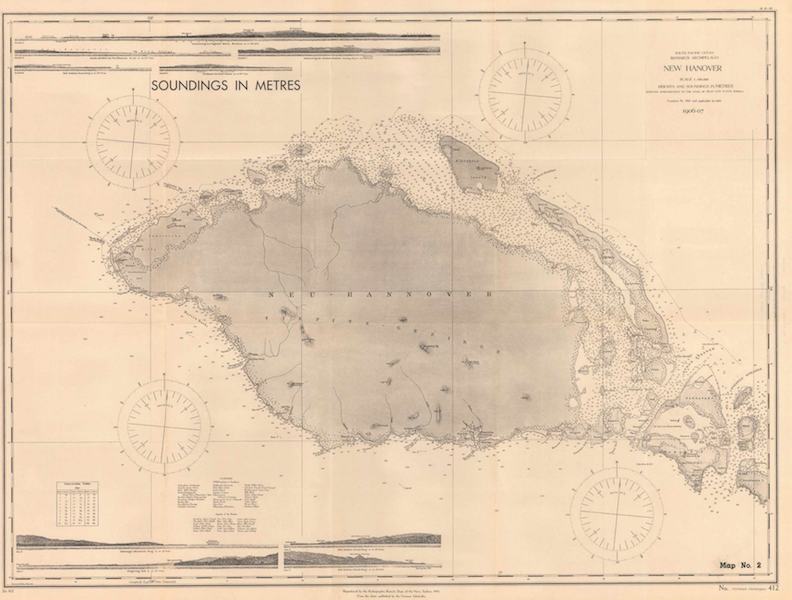 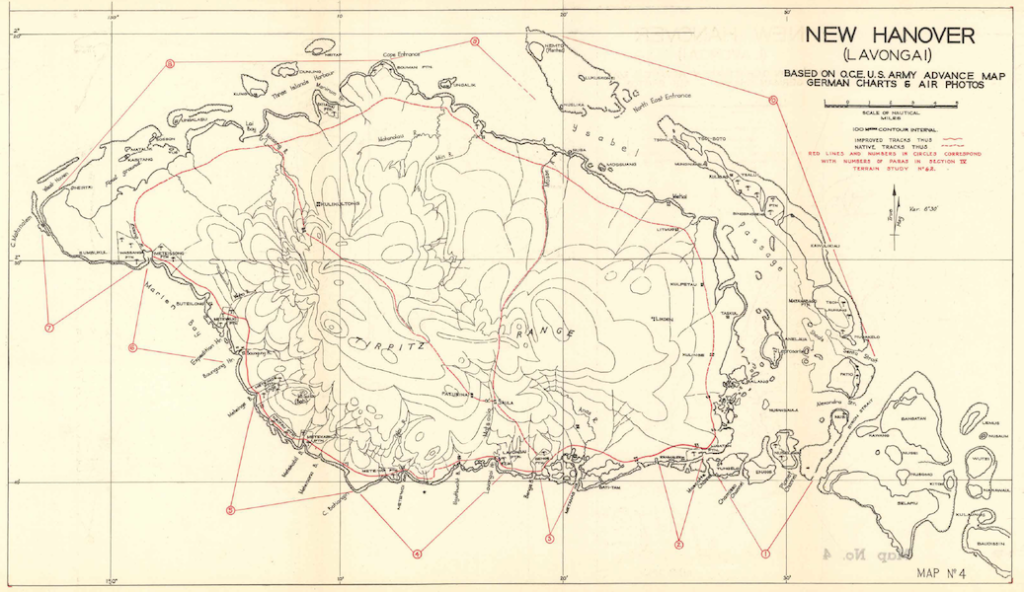 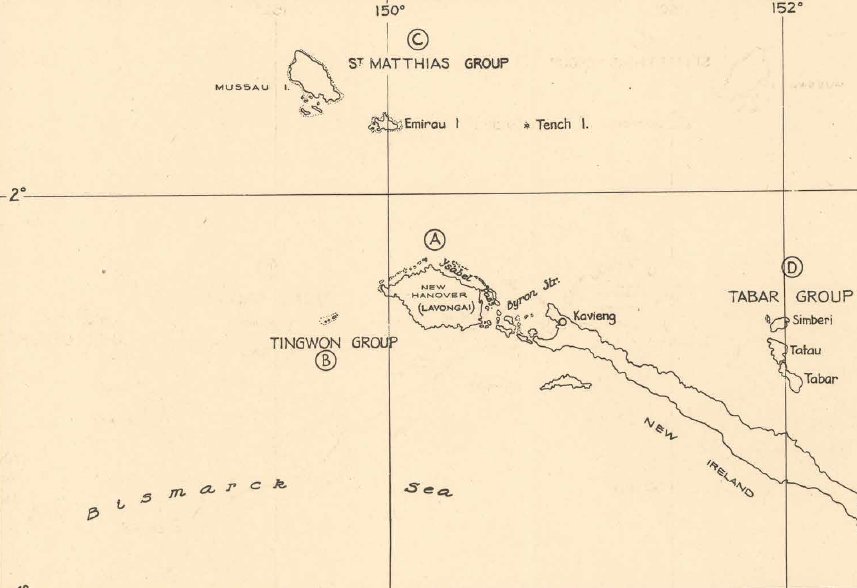